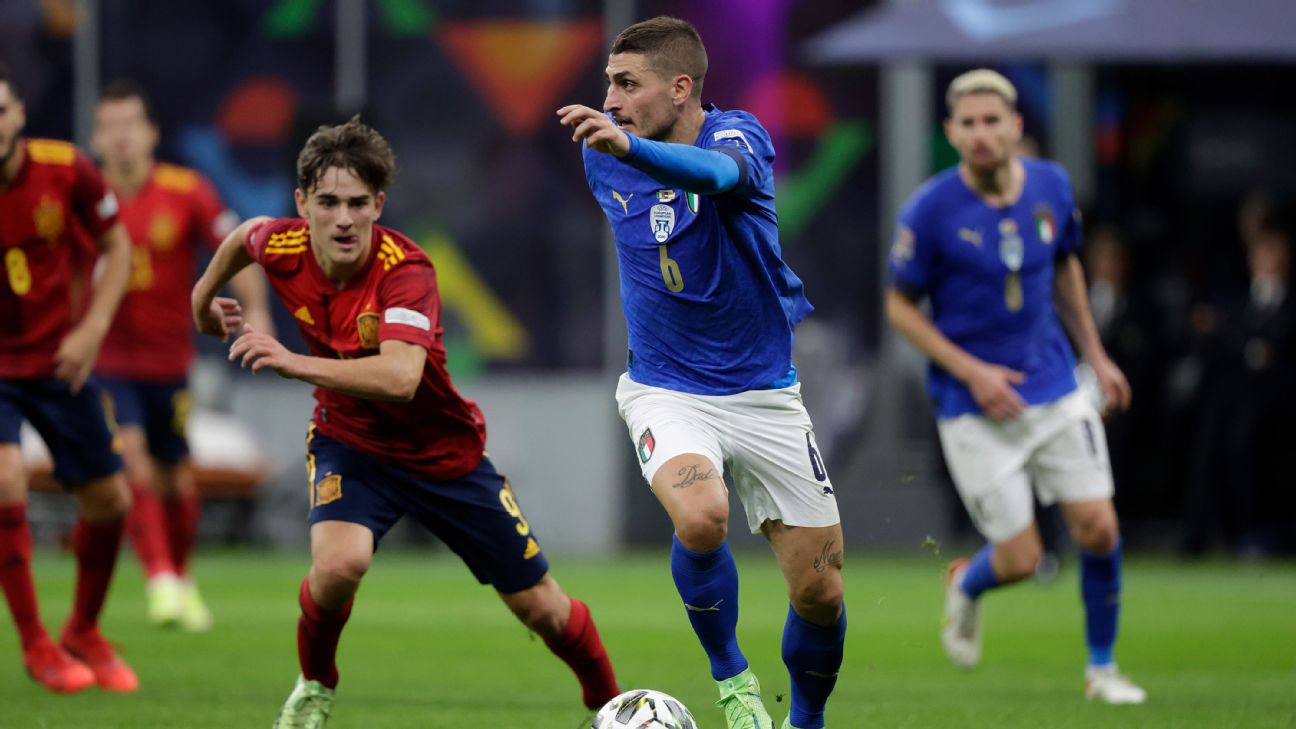 World Cup bronze medallists Croatia were drawn against hosts the Netherlands in the Nations League semifinals in June while Italy and Spain will reprise their rivalry in the competition in the other game.

The four countries were winners of their respective League A groups last year and will compete in the mini-tournament this summer to decide the 2022-23 title.

Wednesday’s draw, conducted at UEFA headquarters in Switzerland, has the Dutch hosting the Croats, fresh from reaching the World Cup semifinals in Qatar, in Rotterdam on June 14 with Italy and Spain clashing in Enschede the next day.

The winners advance to the final in Rotterdam on June 18, with the third-place playoff earlier the same day in Enschede.

Spain were runners-up to France in the last edition in 2021, first eliminating hosts Italy in their semifinal with a Ferran Torres double in a 2-1 victory in Milan.

Italy and the Netherlands also return for a second appearance at the finals while this is Croatia’s first time.

The Italians were third in 2021 while the Dutch were runners-up in the inaugural event in Portugal in 2019.

The Nations League is a biennial competition contested by all European countries, who are divided into a four tier league structure. It has effectively replaced friendly matches previously played on dates on the international match calendar.

Chip stocks could sink another 25% as ‘we enter worst semiconductor recession in decade’, analyst says